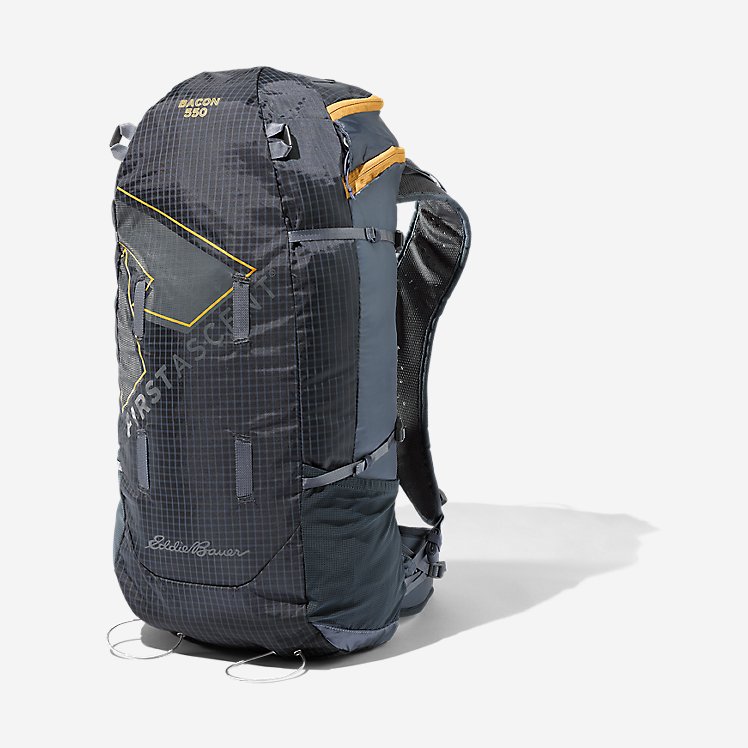 There's definitely no fat in this Bacon. The original was a mere 650g, but our guides wanted to trim it even further. Introducing the Bacon 2.0. With narrower webbing, smaller hardware, and new 400D soft nylon diamond ripstop fabric, it weighs in at a wraith-like 550g. Guide-built with the Bacon's signature web skeleton—the secret to its ability to stabilize loads with such a light body. Two straps of continuous, 15mm nylon webbing start in the top lid, run down the front of the pack, then tie into the side compression/load stabilizer. The webbing gives a better structure without tension, and when the side load stabilizers are tensioned, it acts on the entire pack, pulling the load in closer. So instead of a loose noodle struggling to hold a considerable load, you have a pack that can actually be useful when carrying larger, heavier gear because the web skeleton keeps the gear secure and stable.