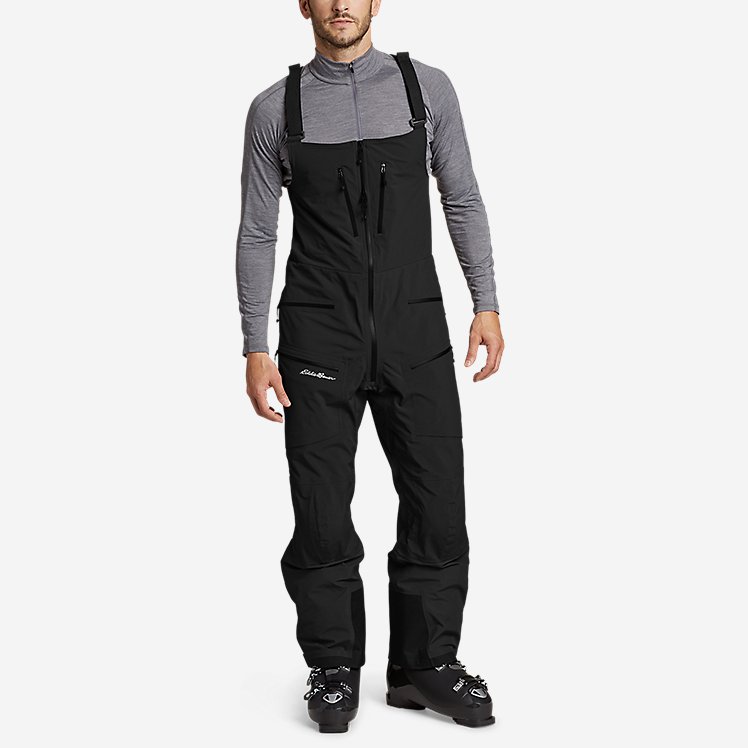 Our best men's ski bib uses state-of-the-art materials and includes a guide-built feature set that gives you everything you need, nothing you don't. The shell combines eVent® Expedition and Alpine fabrics—both 3-layer waterproof—body-mapped for maximum efficiency, protection, and comfort. On top of that, the cuffs are reinforced with super tough 1000D CORDURA® nylon with polyurethane coating. Together with the matching jacket, this bib makes a kit that's equal to the fiercest lines in the most challenging conditions.

# i88 792 0547
Features
Care
Secure all garment closures before laundering. Machine wash cold delicate, separately, using mild detergent. Rinse thoroughly. Do not bleach or use fabric softeners. Tumble dry low. Do not iron or steam. Do not dry clean.
Materials