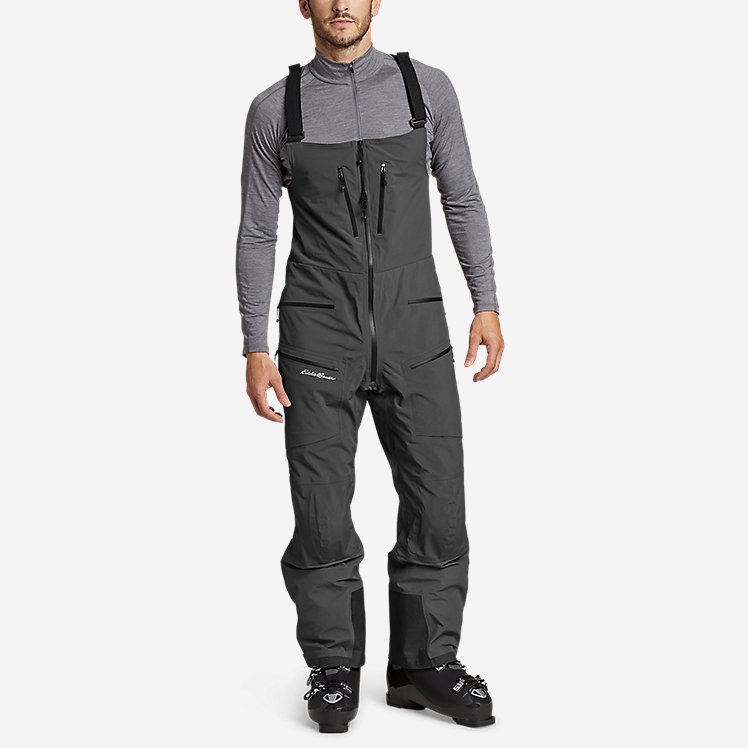 Our newest and best men's ski bib uses state-of-the-art materials and includes a guide-built feature set that gives you everything you need, nothing you don't. The shell combines eVent® Expedition and Alpine fabrics—both 3-layer waterproof—body-mapped for maximum efficiency, protection, and comfort. On top of that, the cuffs are reinforced with super tough 1000D CORDURA® nylon with polyurethane coating. Together with the matching jacket, this bib makes a kit that's equal to the fiercest lines in the most challenging conditions.