K2 is a mountain with a reputation. Far more technically challenging than Everest, it’s sometimes called “The Mountaineers’ Mountain.” Famous for its massive storms, epically steep faces, and high fatality rate, it’s also known as “The Savage Mountain.” So, of course, it’s been on the bucket list of Eddie Bauer Alpine Climbing Guides Adrian Ballinger and Carla Perez since they were teens—to do without supplemental oxygen.

Red Flags: “You Should Go Home”

To succeed on K2, a whole lot of things have to go right. For the 2019 Eddie Bauer team, everything seemed to go wrong at first. To start with, both Adrian and Carla came to Pakistan from Everest. So, instead of arriving at the world’s second highest mountain in peak condition, they were both at their weakest of the year, having already spent extended time in the Death Zone above 26,000 feet.

Once in Pakistan, they both contracted an intestinal parasite that further weakened them and slowed their progress. At the same time, the region had had its heaviest snowfall in 30 years. The mountain was buried under meters more snow than normal. And when the team arrived, they encountered nonstop sun and

unusually warm temperatures, which caused extraordinarily rapid snow melt and unstable conditions. Finally, 200 climbers had been given permits to climb K2 in 2019—more than twice the number than had ever attempted the mountain in one season. With K2’s steep, technical climbing and extremely limited campsites not exposed to avalanches, every additional climber means added risk, especially when some of the climbers are inexperienced, as turned out to be the case.

Faced with all these red flags saying, “You should go home,” the team began to doubt whether this was going to be their year. But they committed to keep making small steps forward whenever the mountain, and safety, would allow it. 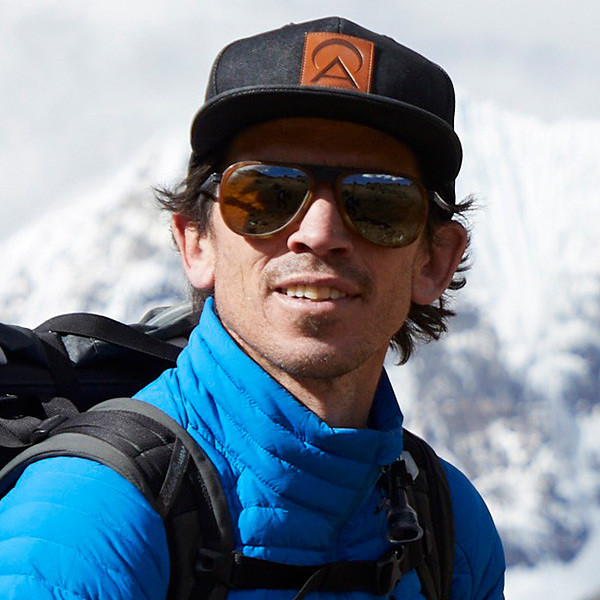 Adrian Ballinger
Alpine Climbing Guide (AMGA/IFMGA)
In his two decades as a professional guide, Adrian has led more than a hundred clients to the summits of several 8000-meter peaks, including Everest, Lhotse, Manaslu, and Cho Oyu. He’s personally summited Everest eight times, most recently in 2017, when he reached the top without the use of supplemental oxygen. In 2011, he and two Sherpa teammates became the first to summit three 8000ers in only three weeks. With this K2 summit, he becomes only the fourth American to climb both Everest and K2 without supplemental oxygen.
Read Full Bio 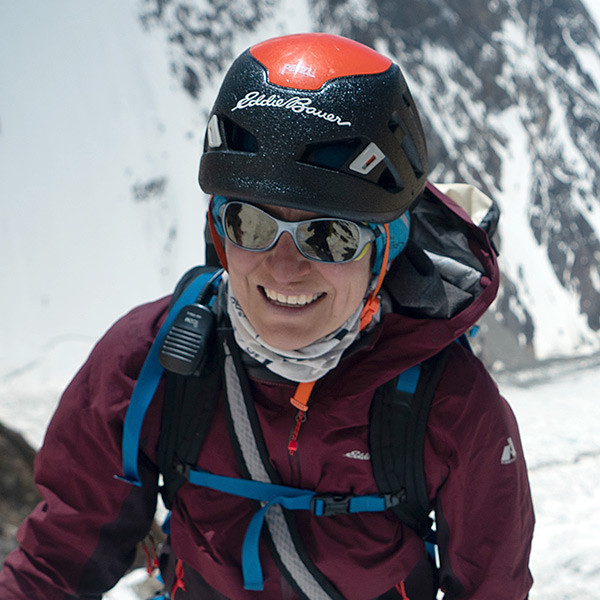 Carla Perez
Alpine Climbing Guide
Since she started climbing as a teenager in her home country of Ecuador, Carla’s love of the mountains has taken her all around the world. A certified member of the Ecuadorian Association of Mountain Guides, she guided a successful summit of Everest this year prior to going to Pakistan for the K2 climb. With her successful summit of K2, she became the first woman from the Americas to climb both Everest and K2 without supplemental oxygen. She has summited a total of four 8000ers without supplemental oxygen, including Cho Oyu, which she summited in a solo ascent in 2014.
Read Full Bio
A Gift Of 100 mph Winds

When Adrian and Carla were acclimatizing at Camp 4 (25,500 ft), they watched through binoculars as team after team attempted the summit push through chest-deep snow in the Traverse couloir and past the giant, overhanging serac called the Bottleneck that routinely drops cabin-size ice blocks. Team after team was turned back: 170 of the 200 climbers abandoned the attempt and left the mountain.

Returning to base camp, the team received a weather update on July 20. The monsoon season’s first snowstorm was coming in five days. They couldn’t be on the mountain past the 24th, which meant they had four days to reach the top and return safely. As they started up, 100 mph winds started hammering the summit. High winds are generally not a good sign for climbers. But, when Adrian and Carla again reached Camp 4, the winds had died, and they discovered that the chest-deep snow that had stopped the other teams had been swept clean, leaving a gift: shining, and much more navigable, blue ice.

The Power of Six

The two Sherpa members of the team, Palden and Pemba, have been climbing with Adrian and Carla for more than a decade. Accomplished mountaineers and guides in their own right, they used supplemental oxygen high on the mountain and carried heavier loads while the team established their four camps so that Adrian and Carla could conserve their energy while climbing without oxygen. This was critical to the success of the expedition.

The two photographers on the team, Ming and Topo, divided the responsibilities of chronicling the effort. Ming covered the trek in and the establishment of base camp. Topo filmed and shot stills above base camp all the way to the summit. The goal was for the expedition to be 100% solar powered, and it was excepting when Ming got a bump from a generator at base camp for the drones and computer.

Without the contributions of every one of the six members of this close-knit team, reaching the summit of K2 wouldn’t have been a question. It simply wouldn’t have happened.